Finally..... After the last few weeks being very quite due to bad weather we are now rewarded with a sensational day.. 28 degrees and NO WIND. The field is looking magnificent after the rain and sun followed by a good cut with the mower sporting new blades.. 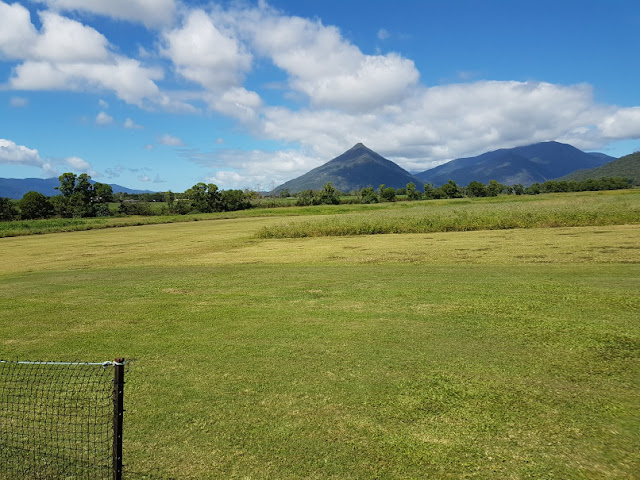 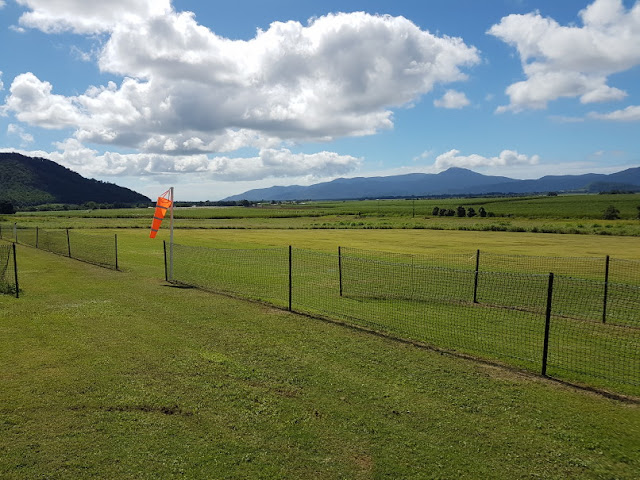 First off the ground was Barry (as Usual). Following a long pre flight of all of his unhangered aircraft
he never let the circuit go quiet for more than a few minutes between flights.
Good on ya Barry. You make us look a bit slack... 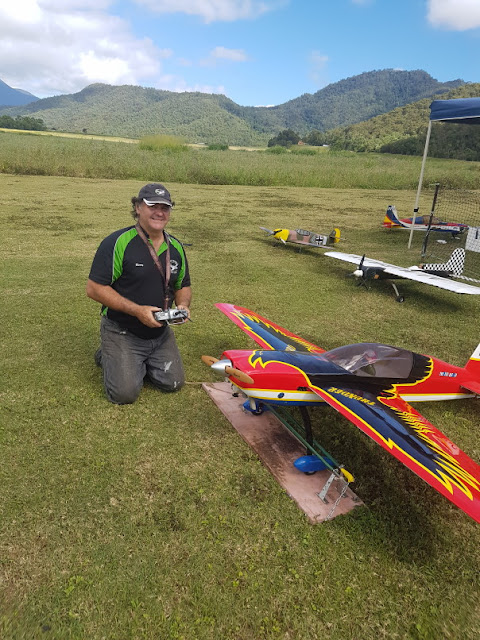 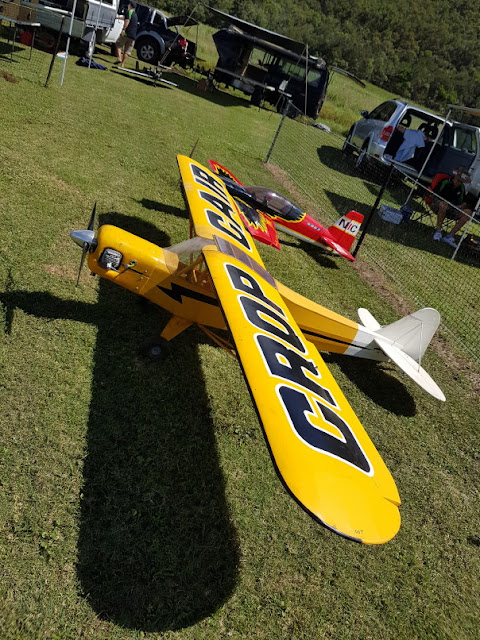 Always trying something new today was no different. After a failed round of flights with this gyro Barry modified it to a powered Hang glider. After a few attempts to take off this new
Frankenstein actually took to the air and looked good until the lack of speed and with a left wing servo letting go its maiden was over for the day. Barry is going to do a few mods and assures us it will back next week. 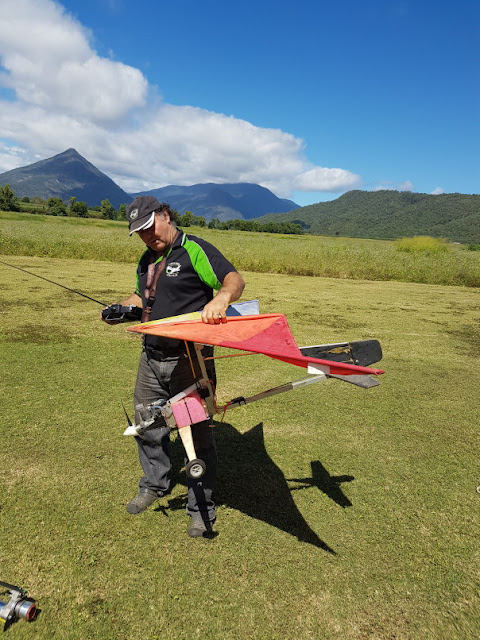 And then Batman was back for a field inspection.
You gotta love Barry's Hanger... 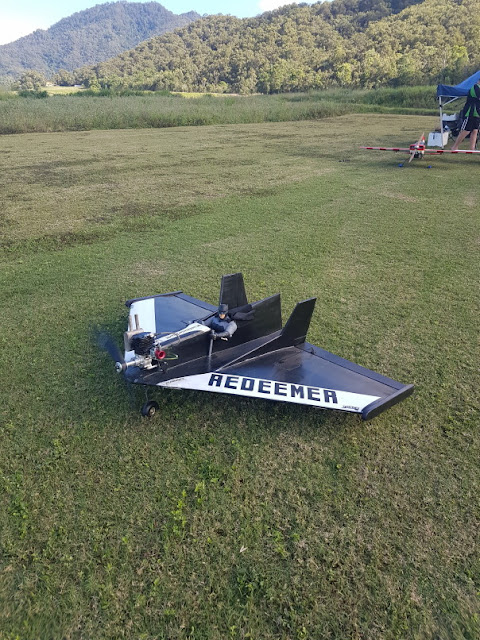 Captain Grumpy was out with his 60cc Sbachy and ready for action. 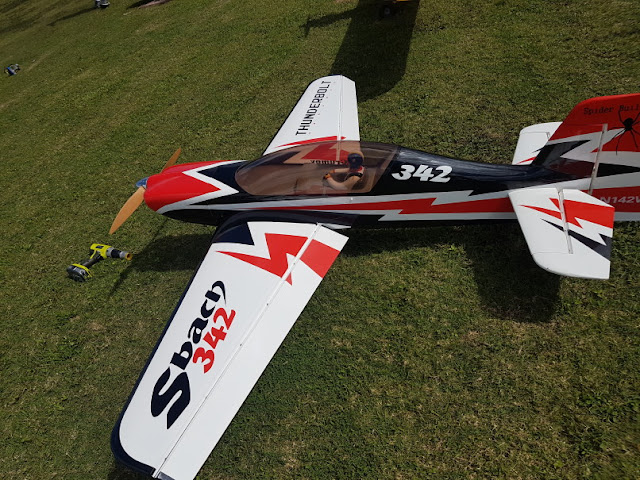 Billy settled the nerves after a couple of flights and then finished off by giving the sbach a bit of a crossed stick flogging. That's the way to settle those nerves Billy. Well done. 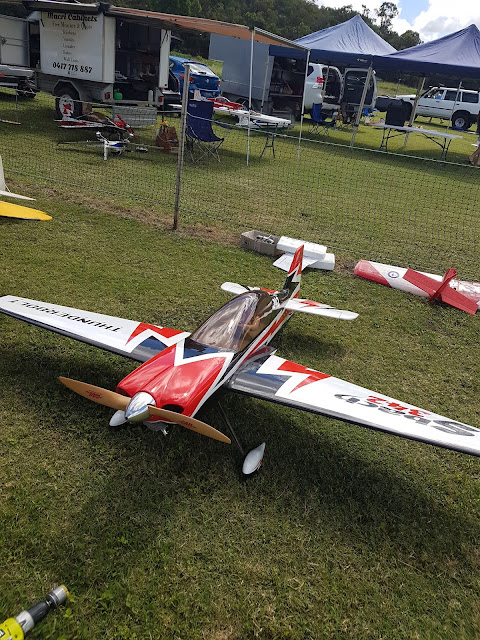 Greg had a good flight of the Me 109. A little work is required to stop the cowl from rubbing and making a few noises. Won't be a problem for the master builder.. 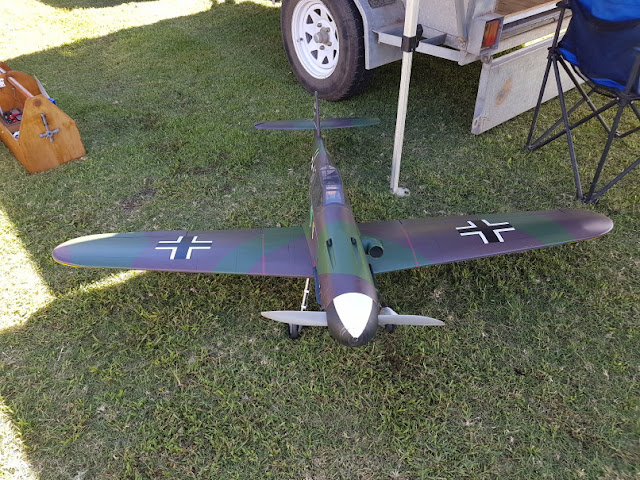 Greg had a few flights of his Raven experimenting with the size of Props used to find the best one for the job. 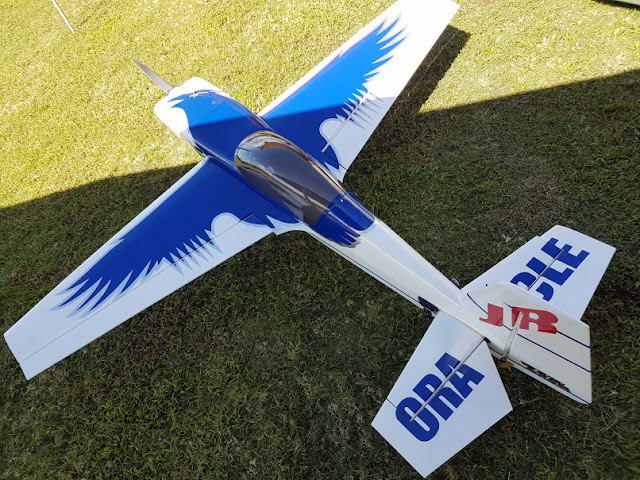 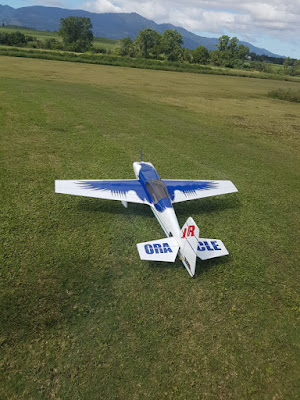 James was cursed with, yet again, some undercarriage problems. On the take off roll the wheels decided to retract on their own. Trouble was it had not yet had enough speed to take off.
The Trojan came to rest with little to no damage other than a broken Prop.
Somehow those retract bugs have to be fixed. 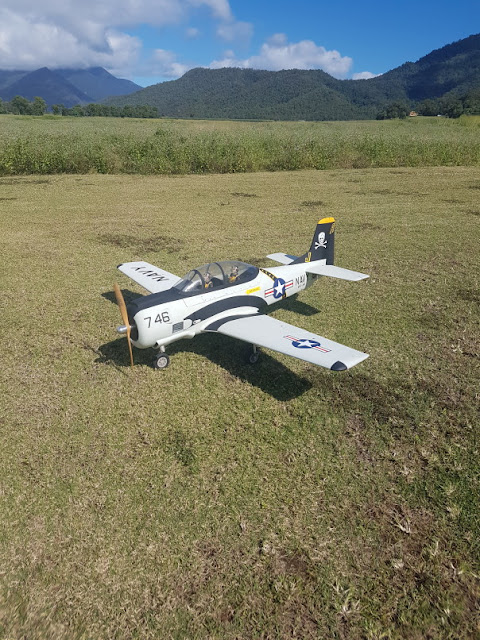 The falcon was out and ready to rumble but the time got away from James and he had to head off.
Next week we hope to here it roar. 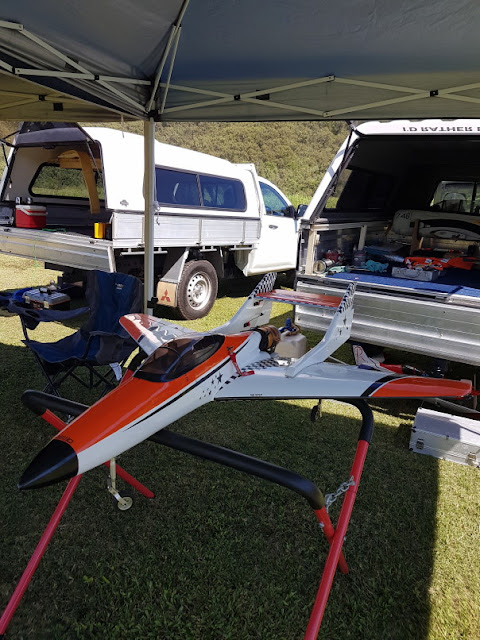 Billy giving his new ME109 a bit of TLC. 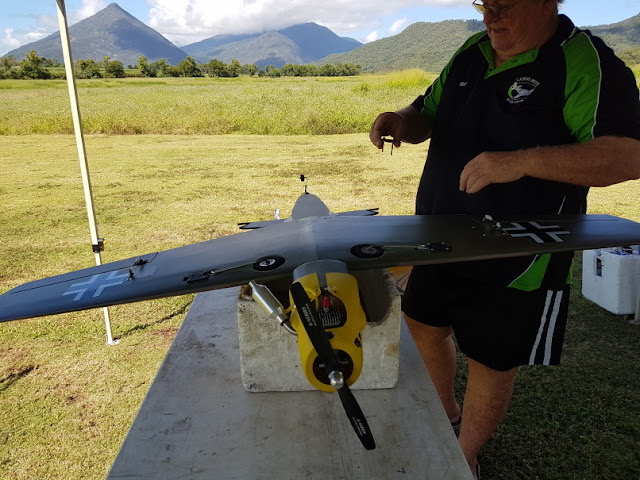 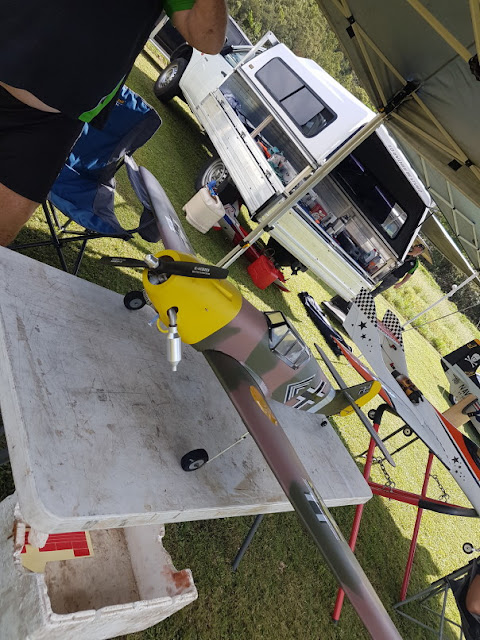 Anthony had his 90 four stroked Aquila up and gave it a flogging.
That is one slippery aeroplane. 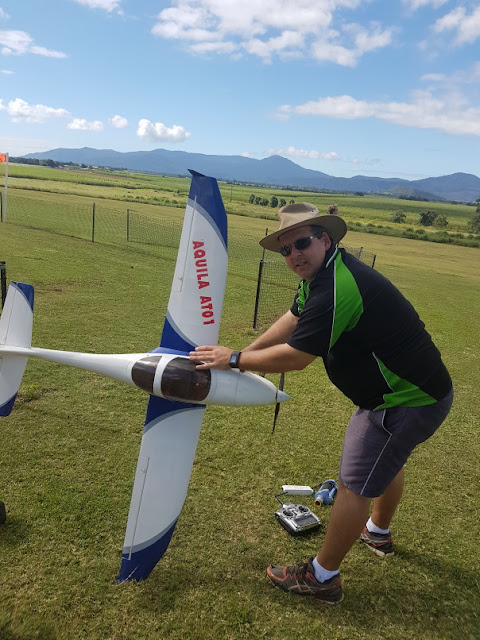 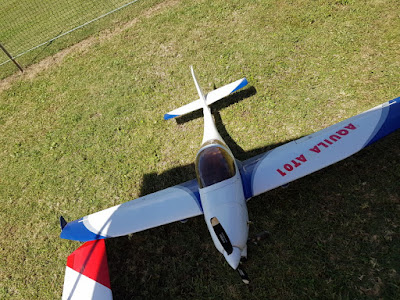 Anthony had a few flights of his 30cc Sbachy. The cause of a bit of instability in flight was making itself very hard to track down causing it to be very tricky to fly.  Thinking cap is on.... 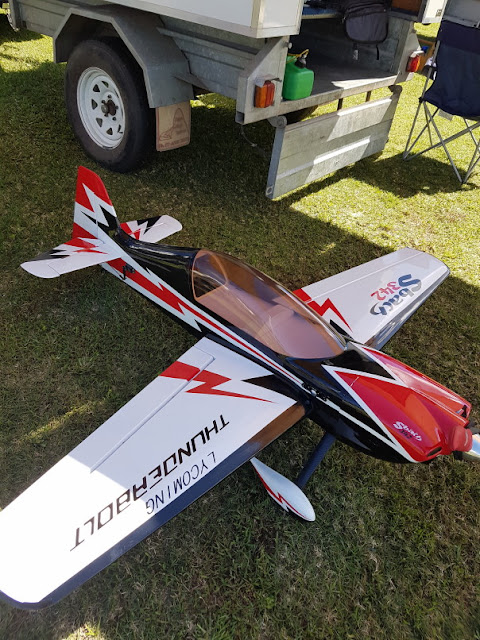 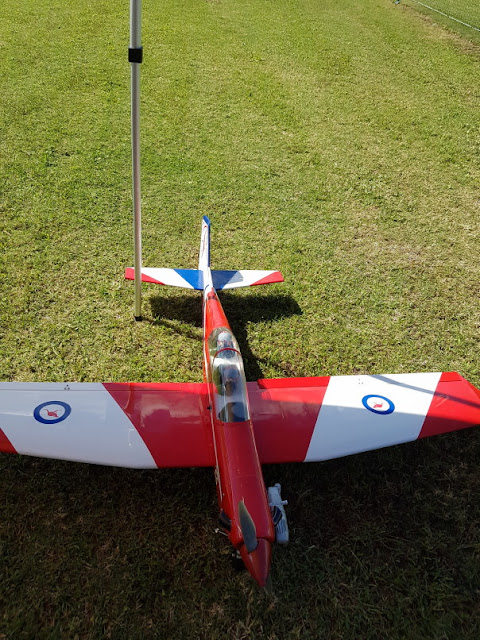 Another major shock for the day was me flying. I had my 60cc twin equipped Pitts up and flying nicely. It sure is good to get some good flights under the belt. 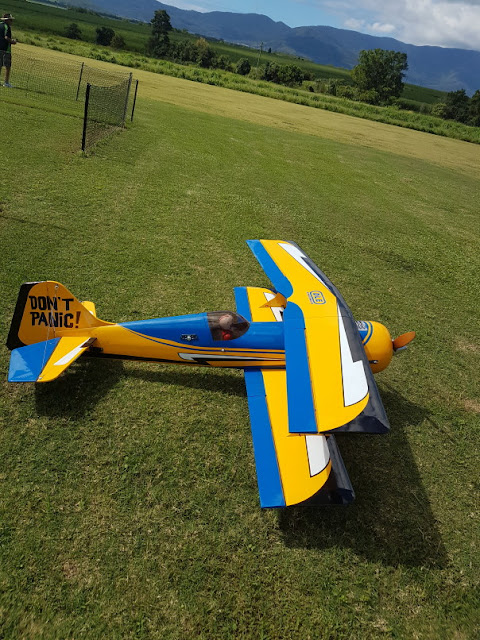 Having the on-board starter is a blessing. I am so dam lazy.... 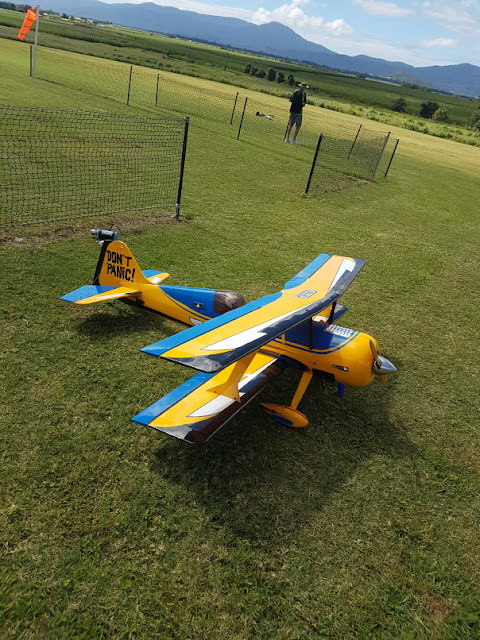 Great to see James back at the club and flying. You haven't lost the touch. Well done
Looking forward to seeing you out here again on a regular basis.. 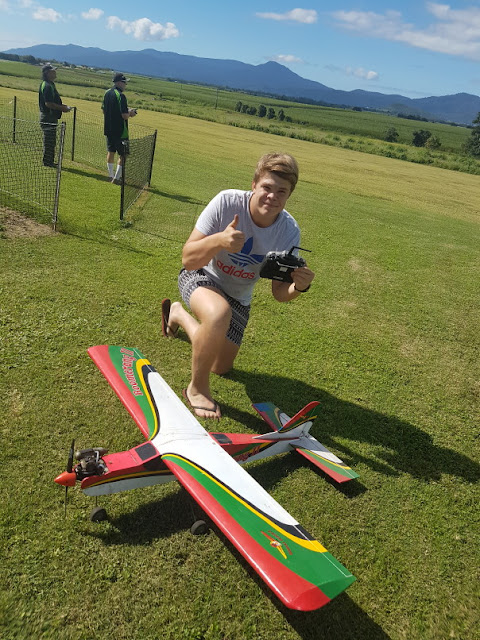 Following a little retract problem before take off
Dennis had a few great flights of his texan. It sure looks great in the air. 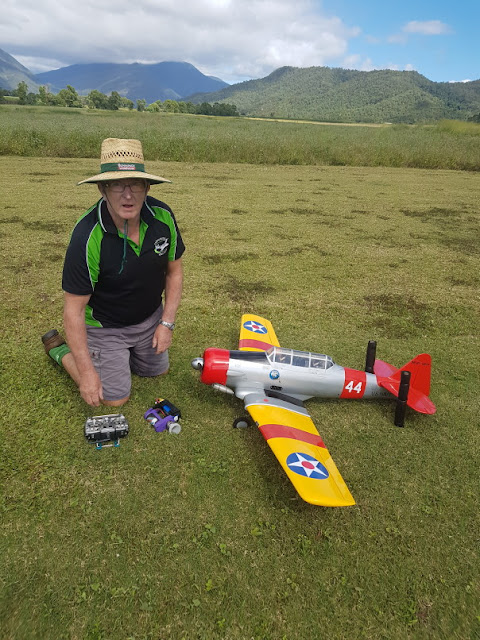 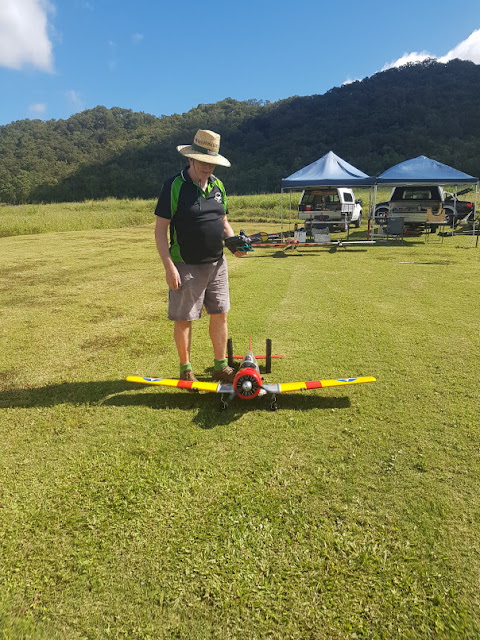 Ivan brought out his Shang hi Pattern ship and also his Dragon lady which i think i lost the photos of. 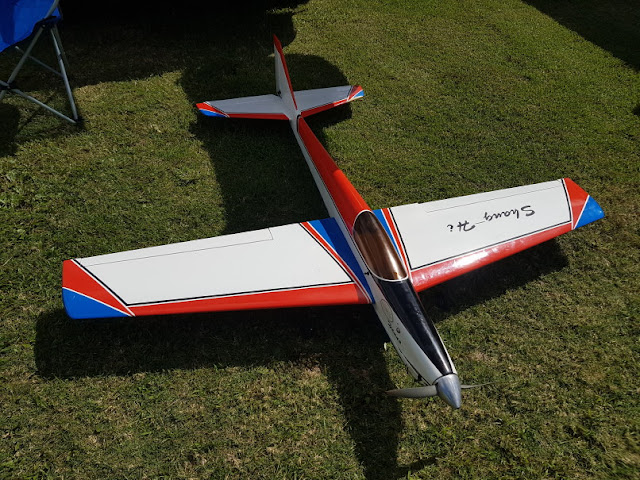 His Hobby king special also seemed to be a handful to fly.. 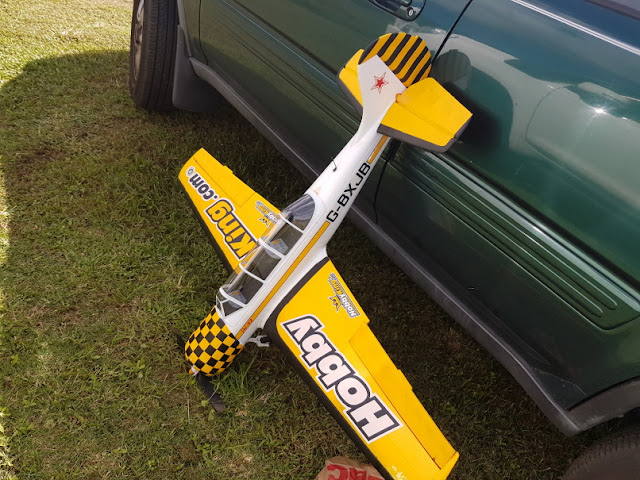 Curtis and his evolution powered Extra. 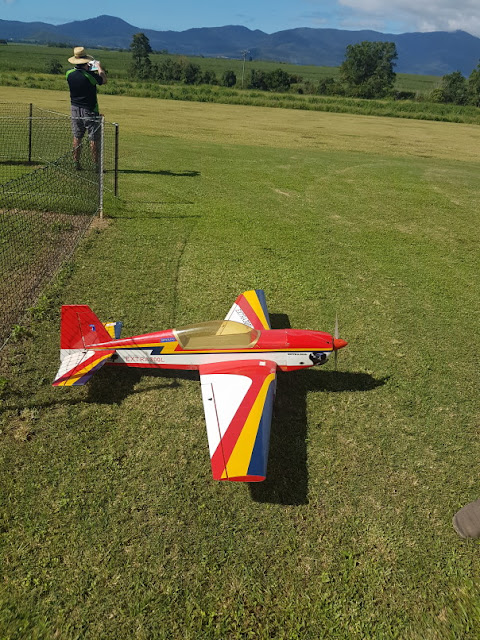 Captain Jack (alias John) seams to have this flying thing down pat. Silky smooth flying Jack.
It seams everything you fly now has to do it with great speed. I think its time you moved to gas and Jets... Sorry Gary..... Great work Jack.. 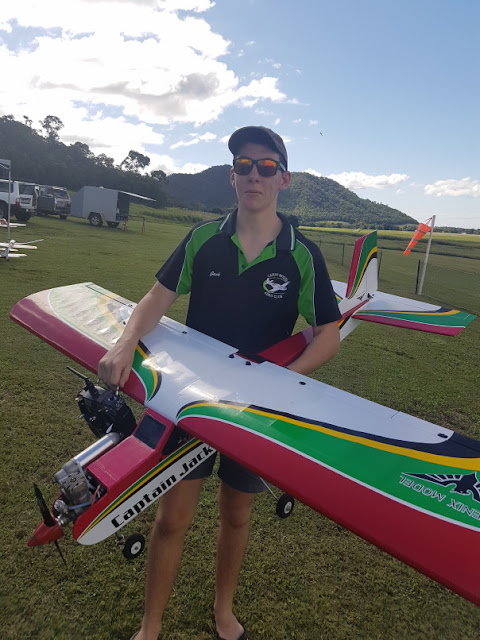 It must have been a Vision. Bryan seams ready to throw this away. On its next flight the batteries decided to give up and landing in some over grown bushes. At least it wasn't damaged.Yet..
When Bryan trecked through the bush to retrieve it the steep uneven ground caused him to stumble and fall on the wing.... OOHH dear. It survived the crash but din't like the return trip..
Great stuff that glue.. 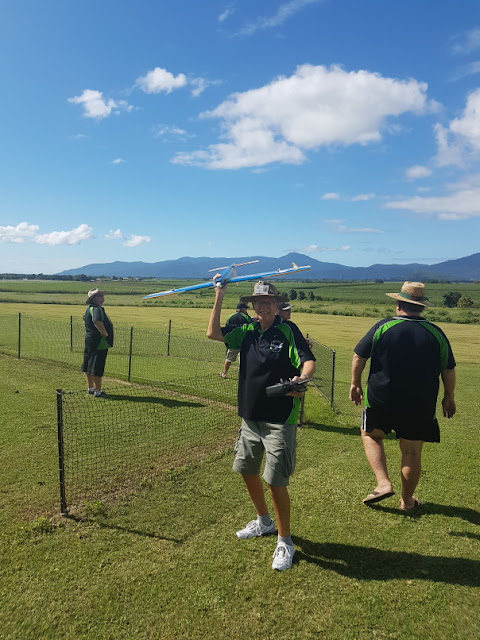 Another great day at the field. The Sausage sizzle lunch is now a weekly thing and is very welcome.
So don't bring along your lunch. Its only $2 a snag in a roll. Thanks to Anthony and Billy for making it happen.
See you all out at the field next week. Come on you can make it......